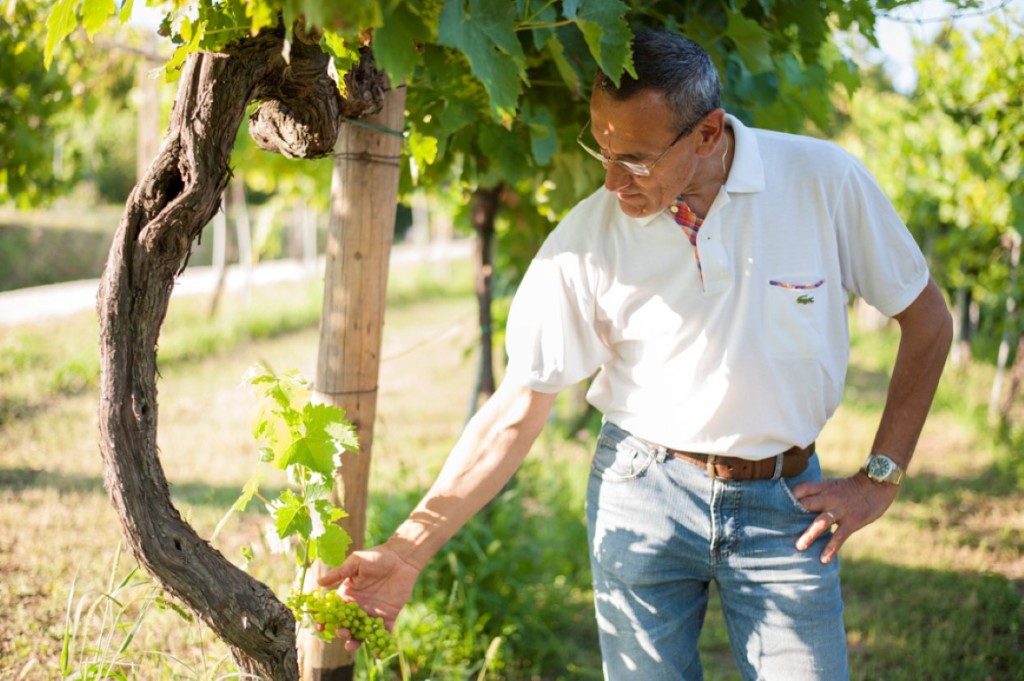 There are companies that are handed down from one generation to the “occupation”, ie all the knowledge that a lifetime of work permits to acquire and which are expertly tramandante from father to son.
The craft of the winemaker usually means someone who takes care of the vineyard and producing wine. This description is limiting because the teachings received go far beyond the simple ability to work in the vineyard and in the cellar, but instill love for the environment around us.

The Morelli family already in the thirties was devoted to agriculture. Then cultivated vegetables and fruit and wine were produced. In the 50s, he abandoned the vegetable world, concentrating all the human and financial resources exclusively on viticulture, recovering and cultivating native vines and especially Bianchello. almost mythological ancient vine (quoted by Tacitus about the battle on the Metauro river between the Romans and the Carthaginians in 207 BC where the Carthaginian armies were defeated because intoxicated for the abundant and excellent wine drunk), almost mysterious origin (Biancame? greek?) , little known because only cultivated in this land .. Recent DNA studies of this variety have shown that its origin comes from the Trebbiano.

The current farming estate situated in the hills of sandy tuff consists of about 22 hectares of vineyards and 400 olive trees. DOC grapes are grown in the area of ​​BianchelloMetauro and Sangiovese and also the Montepulciano grape varieties, Cabernet, Grenache and Red into six separate vineyards located in the hills overlooking the Metauro river valley.

The production facility consists of a winery situated in Mondavio, in Sant’Andrea di Suasa, and an aging cellar and bottling in Fano with offices and tasting room.

Modern wine-making equipment is used for the soft pressing of the skins, the control of the fermentation temperature, static decantation of the must.

In order to achieve maximum results from organoleptic Bianchello grapes, recently the company has introduced an innovative processing system defined in “reduction”, which is to avoid the contact of the must, just obtained, with the air. This result is obtained by spraying the grapes with liquid carbon dioxide in the form of dry ice. The process ends with the maceration of the skins in the juice at low temperatures from 5 to 12 hours (cold maceration), after which, the juice is sent on to the fermentation tanks.

Red grapes instead are worked in a traditional way by diversifying fermentation temperatures, longer or shorter maceration time and aging in steel or barrels depending on the type of wine to be obtained.

The annual production is about 110,000 bottles